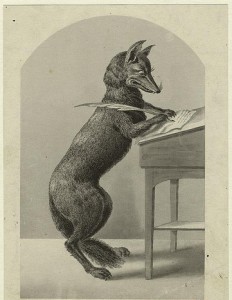 Many times writing can inspire such strong emotions that you find yourself becoming critical or overly cute. Even though it may sound or look good to you and some of your friends, it may not be as well received by the rest of your audience. Using this careless style, you might not get the intended results. Here are some reasons why you want to avoid being cute or derogatory when you write copy and how to improve your writing:

Being overly clever can be perceived as arrogance

Writers who try too hard to impress their audience can often come across as condescending and annoying. The reader’s usual reaction is often, “What, does this writer think I am, in idiot?”

Being too clever, can alienate your audience. They won’t be pleased at being subjected to a write-up that appears to insinuate that they are ignorant. Instead, speak to them as you would to a respected colleague and don’t simply assume that you know better.

Being critical can rub people the wrong waySome writing styles and topics call for a writer to use a critical tone. Satire, for example, is often critical. Nevertheless, really great writers still manage to inject humor into the writing, which is actually a sign of genuine talent.

When writing reviews, you also need to be critical in order to inform the reader the positive and negative points of the person, event or product being reviewed. Being critical could be harsh but if you can phrase your sentences well, your write-up will be more entertaining.

Write like ShakespeareNo, not iambic pentameters and rhymes…be able to state the obvious without doing so. Instead of confronting the issue upfront by being clever and critical, find different ways to describe, illustrate, critique or opine. You can add or omit words, use metaphors and use other linguistic tricks. The key here is to produce a well-written piece. Be careful though, not to overdo it or people will know you’re trying to be cute.

You don’t have to be offensive for people to know that you have something to say. Some writers can’t help using strong language when trying to be critical about something.

Sometimes writers may even use strong language in an attempt to prevent boring their readers. This trick often backfires however, since not everyone appreciates language used in street fights. If you use strong language out of context, your readers might think that you are either trying to be clever or being overly critical, or they may just feel you are incapable of intelligent discourse.  Instead of falling into this trap, use references such as a dictionary or a thesaurus for better alternatives. You’d be surprised at how well you can write copy that expresses exactly what you want to say using well-chosen words. It will gain you much more respect.

Humor is a great alternative

Instead of being clever and critical when writing copy, consider appealing to your readers’ funny side. Some of the best writers ever, used humor to express their opinions and ideas even about more serious topics. By doing so you can explore a different aspect of your subject and offer your readers an opportunity to see things in a different light.